Glenn is the founder and lead coach developer at COACH+. He is well known for driving change, enhancing capacity and fostering excellence with local, provincial, national and international organizations. Fully committed to the idea that context matters, working in Canada’s First Nations, Zambia, Zimbabwe, and 15 other countries he has learned that listening, asking questions, and making context the leading consideration is his most effective approach. Considering context might even be Glenn’s superpower.

The owner of an incredibly robust Rolodex, Glenn believes those connections are opportunities for meaningful, long-lasting mutually beneficial relationships. An advanced programme graduate of the only Coach Developer Academy in the world (Tokyo, Japan), Glenn has since returned to instruct in the programme on two occasions.

One of Glenn’s personal and professional highlights was attending the 2019 Special Olympics World Summer in Dubai, UAE as a head coach in the Team Canada delegation. 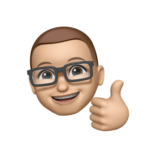 Beth was the 2013 Fox 40 Ontario Female Coach of the Year and is the current Assistant coach of the men’s varsity rugby team at the Royal Military College. Barz is a brilliant example of the power of coach development and education.

Citing her evolving coaching philosophy, she has focussed on challenging and supporting others to reach for their potential. She continually collaborates with others in the Canadian sport community in service of continuing growth and development of sport in Canada. Beth has completed her NCCP Level 4 certification in rugby and is a Learning Facilitator and Mentor Coach for the Advanced Coaching Diploma program. She is also a Master Learning Facilitator and Evaluator in Rugby and a Multi-sport Learning Facilitator. Additionally, Beth is an International Rugby Board Trainer.

Beth plays a key role as a seasoned coach developer with COACH+. Currently working on her PhD at Queen’s University, her academic approach is critical to the work the organization does. While her contributions are founded in evidence and research, she is quick to remind everyone “I’m a coach and practitioner first”. 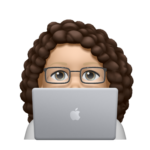 Madie has been a recreation professional for almost a decade. She’s a proud Panther who graduated from Canadore College with a diploma in Recreation and Leisure Services. She has invested significant time and energy as an organizer in large events such as sports championships and industry conferences. Recently, the Canadore College Athletics department has been the beneficiary of Madie’s relentless and high-performing organizational skills as a Varsity Assistant. Madie is an effective leader and coach with the Special Olympics Golf and Powerlifting programs in North Bay, Canada.

Hint – Don’t get techy and try to talk her out of using her pen and notebook; a very colour-coded, tabbed notebook. 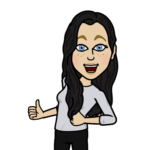 Kieran Peltier, whose Anishnabek name is Waabshki M’koonhs (Little White Bear), is part of the deer clan and proudly calls Wiikwemkoong Unceded Territory home. Sport and leadership are in his DNA.
Known as a lover of learning, he graduated from Canadore College with a diploma in Strength and Sports Conditioning from Canadore College, then continuing his studies graduating with a Bachelor of Science Degree in Sports Strength and Conditioning, Limerick Institute of Technology in Ireland and a Bachelor of Physical and Health Education Degree from Nipissing University. But, for Kieran, that wasn’t enough (it never is); he has recently earned his Master of Science in Kinesiology Degree from Nipissing University as well.
He is currently a Research Assistant in the Groups for Youth Development Laboratory and works full-time as a Physical Wellness Practitioner at the North Bay Indigenous Hub.
As a former USports varsity lacrosse player, Kieran is a keen and creative sport leader. As a co-founder of 5 Feathers, he and his father and two brothers are encouraging young Indigenous athletes in ice hockey and lacrosse across the Province of Ontario, Canada.

Jacqueline is an esports consultant, host, tournament organizer, influencer, content creator, and official commentator of the Capcom Pro Tour for Street Fighter V. She has hosted various gaming shows such as Re:Play, SquadState, and HeadsUpDaily; as well as many tournaments from CS:GO to a variety of Fighting Games. Jacqueline has commentated and competed in tournaments all over the world. She was the Project Manager on some of Canada’s most ambitious gaming events, was on the executive for various esports teams by managing events and content production, and continues to make waves in esports. She is currently the Director of Esports at Humber College.

Jamie is the COACH+ storyteller. He brings complex concepts and ideas into clear, pleasing, easy to understand, images and graphics.

When asked about his biography, he simply says “I’m a former professional volleyball player and now an animator and creative director, telling stories to a wide audience”.

Well, that didn’t take much ink. 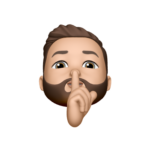 Pelle Kvalsund spends his life amongst three continents, splitting his time between Zambia, Norway and the United States. Working and living in over 10 African countries, this globetrotting coach developer is known worldwide for his ability to focus on context first and develop culturally appropriate and sensitive programming,

As a former performance handball athlete in Norway, he learned how the connection between coaches and athletes impacts an athlete’s sport experience and performance. These years were fundamental in the development of his passion for pursuing a career as a coach developer.

Currently employed by the Norwegian Olympic and Para Olympic Committee as part of their international outreach program, Pelle is responsible for coach development in the Southern region of the African continent.

Although a trained physical education teacher and coach educator, he primarily identifies as a hungry learner constantly chasing improvement. This mindset has allowed him to understand and perspectives on coach development through his work as a facilitator and coach developer in many different geographies and cultures for over two decades.

In 2016 he was awarded an opportunity to receive specialized training as a coach developer as part of the Nippon Sport Science University Coach Developer Academy and the International Council for Coaching Excellence, as part of the Tokyo 2020 Olympic Legacy Program. The year after, he returned to be part of a team to facilitate training for a new coach developer cohort.

Pelle is a spouse and a father of two active boys. He has had a deep love for people, culture, food, sport, play and physical activity.

Dan is a recently graduated student-athlete from Nipissing University with a BBA-marketing with distinction with a certificate in sports experiential learning.

Throughout his time at Nipissing University Dan served as the captain of the Laker’s Men’s Varsity Volleyball team and have always maintained strong leadership roles within the North Bay community and the Nipissing University campus. Previously being recognized with the Dave Marshall Leadership award, Andrew Keating memorial award for the pursuit of excellence and & fourth-year school of business leadership award. Community service has always been a critical piece for him, spending the last five years on several volunteer-based boards, including North Bay Youth Volleyball Club & The Nipissing University student union.

Miller has developed a passion for sport marketing, and strive to continue contributing to such an exciting and dynamic profession. Recently travelling to Germany to work with global sports powerhouse brand, Adidas. His most recent project was working with the Nipissing University athletics department as a sports management intern, pitching, running and implementing a “More Than An Athlete” campaign for the University, where he profiled the personal success stories of 20 varsity athletes.

As a lifelong learner, Dan is very excited to take on the great balance of contributing and learning at the same time with COACH+.

Emanuel is dedicated to instilling life skills through junior sports programs in East Africa and long-term the bigger part of the continent. He is convinced that through passionate initiatives, the diversity of sports will grow in the continent and become part of multiple solutions for keeping kids engaged, positively encouraged, and mentored.
He has initiated effective programs that helped demystify golf to underprivileged communities and is currently leading the largest junior golf program in East Africa (Golf for Kids).

He has developed a strong brand, presence, and recognition for junior golf in several academic institutions. Emanuel earned his Master’s in Organizational Leadership from National University, San Diego. He is also the first recipient of the US Kids Golf Top 50 Coach award in the continent of Africa. His impact on sports education has benefited kids across the borders of East Africa especially in Kenya, Uganda, and Ethiopia.

When it comes to supporting young people in and out of sport Wendy is as good as they get. She has spent an entire career developing programs customized to high school-aged athletes as they plan their futures in and out of sport.
She is the AthLeadership concept creator, program writer, and community implementer. Over 400 of her students have participated in the AthLeadership program and have worked and volunteered in the community, practising and developing their AthLeadership skills.

Graduating with a Kinesiology and Liberal Studies Science degree, she has over 20 years as a high school teacher and is a member of the Ontario School Counsellors’ Association. Much of Wendy’s energy and focus has been working one-on-one with students who desire to improve their sport performance, career path, character, and community service.

As an educational innovator, she has authored two Ontario Ministry of Education approved courses: sport management and sport communication, media, and entrepreneurship. 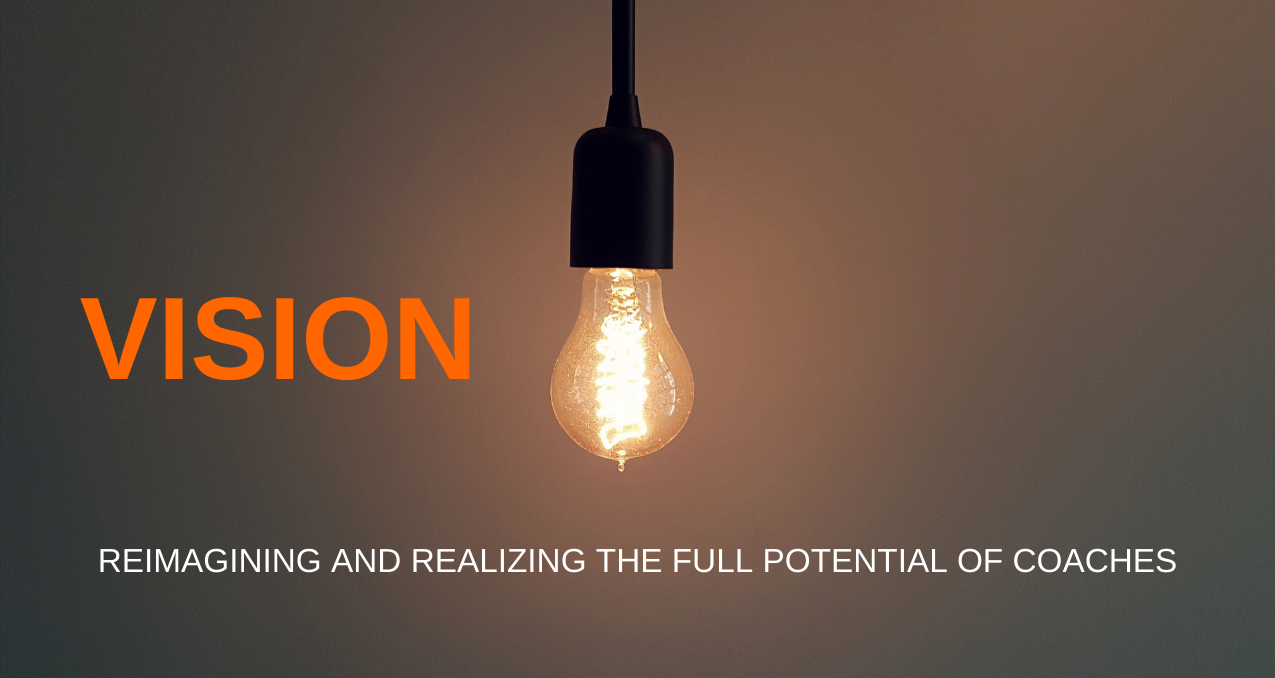 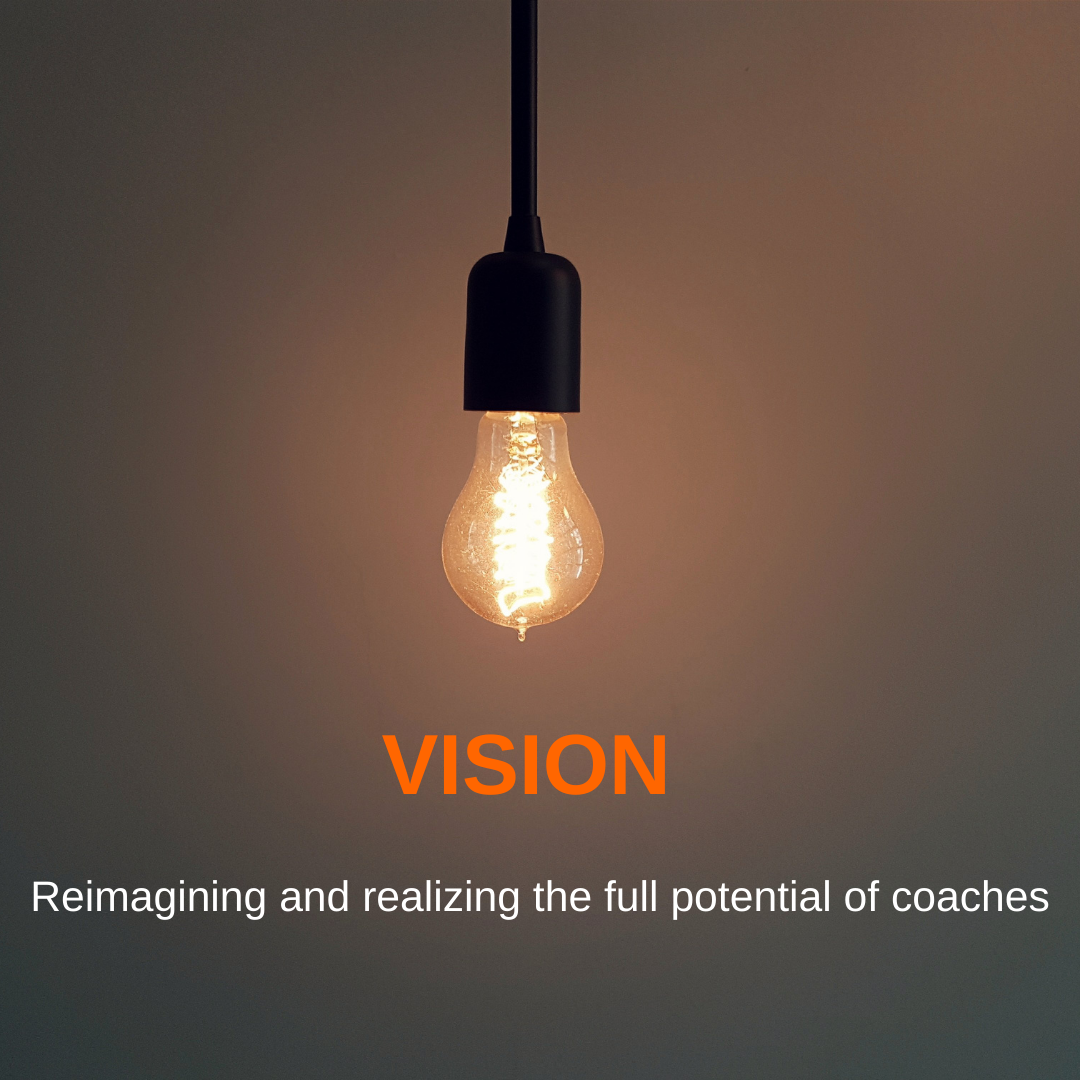 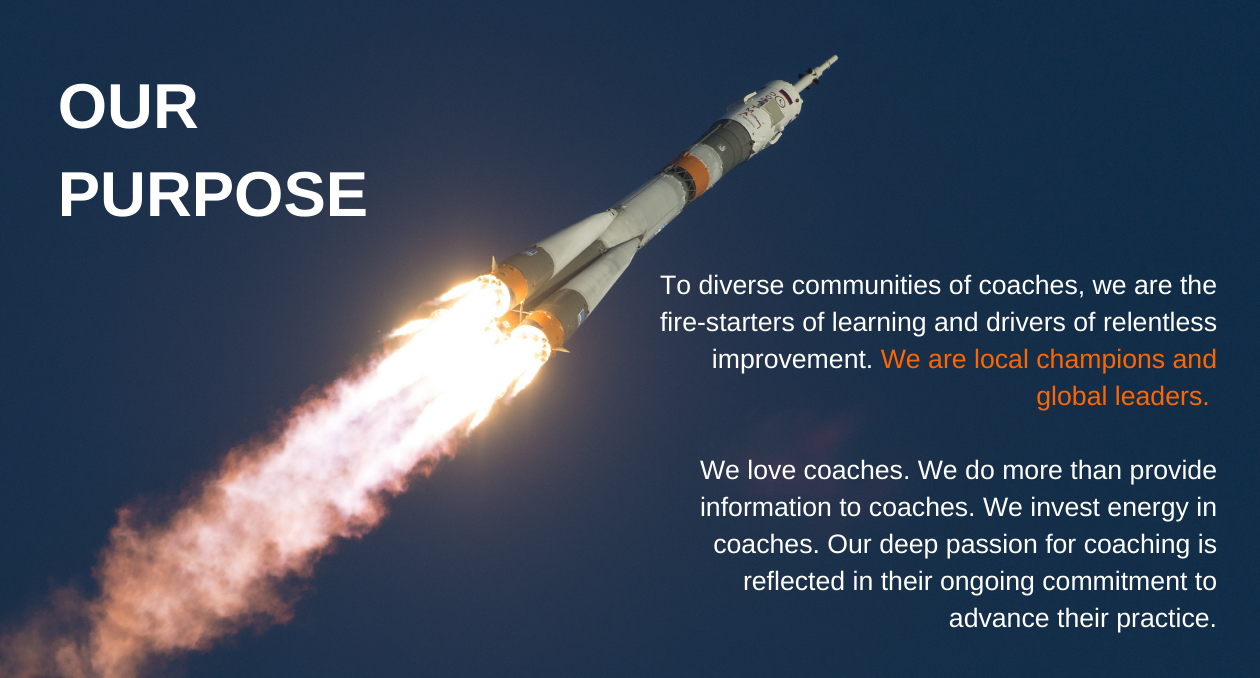 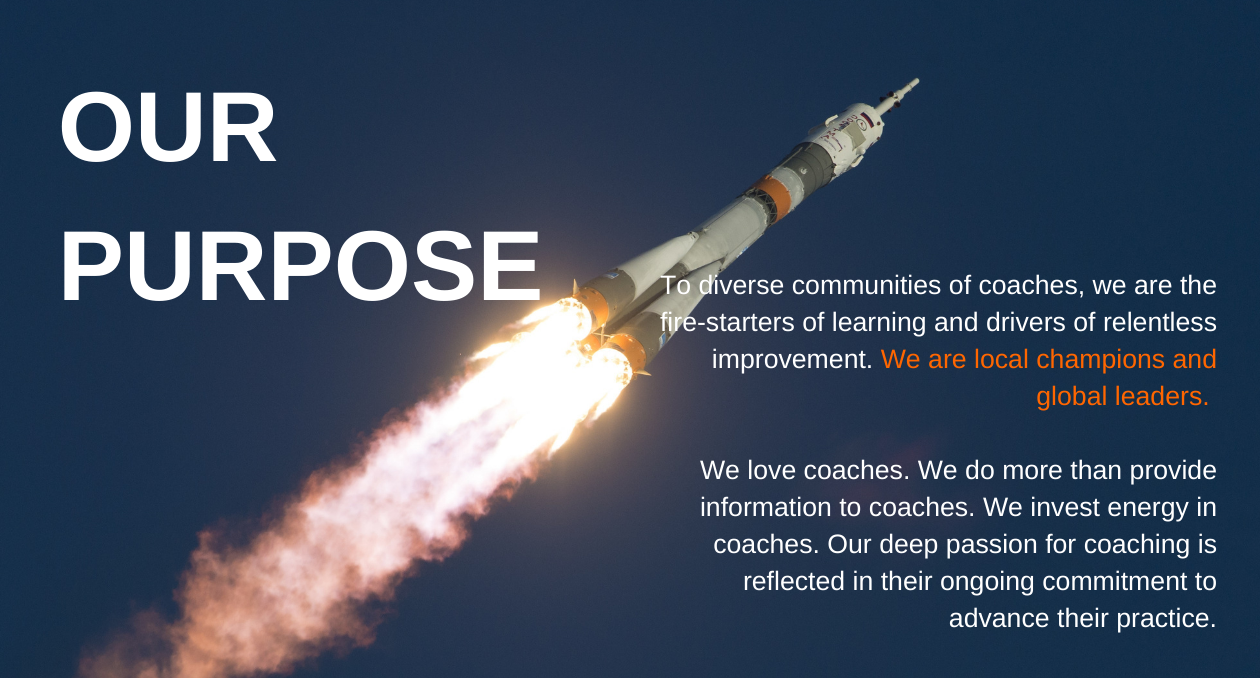 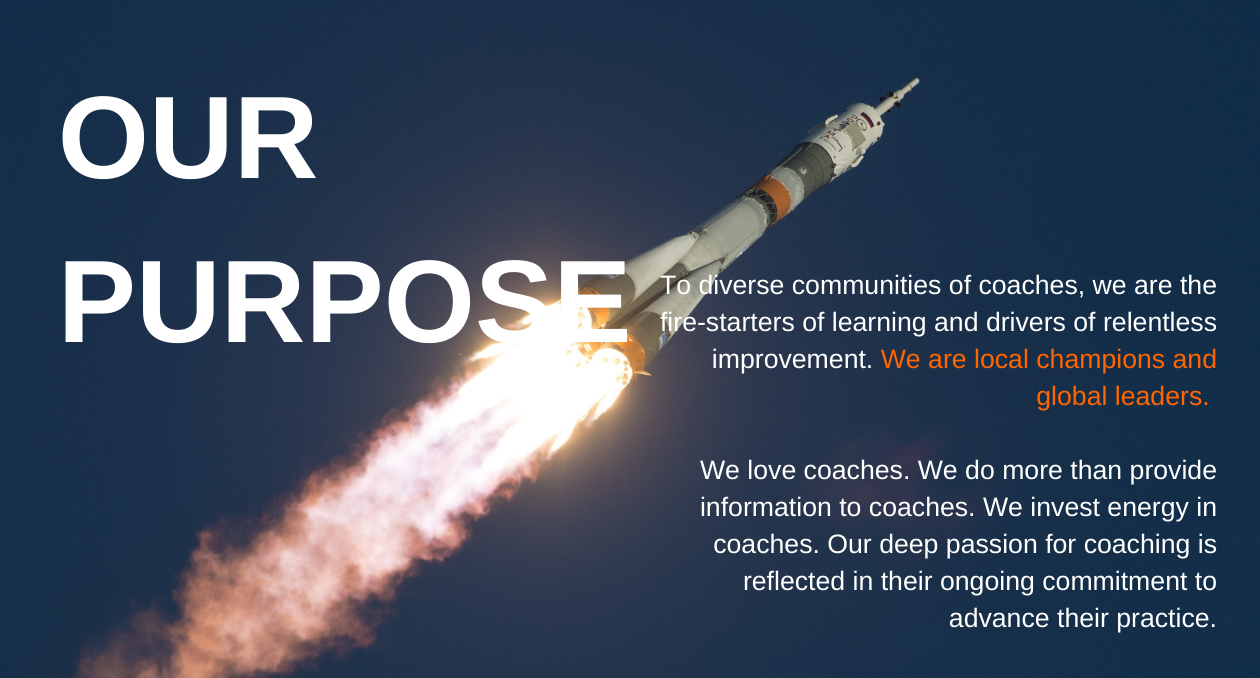 HOW WE LIVE OUR PURPOSE 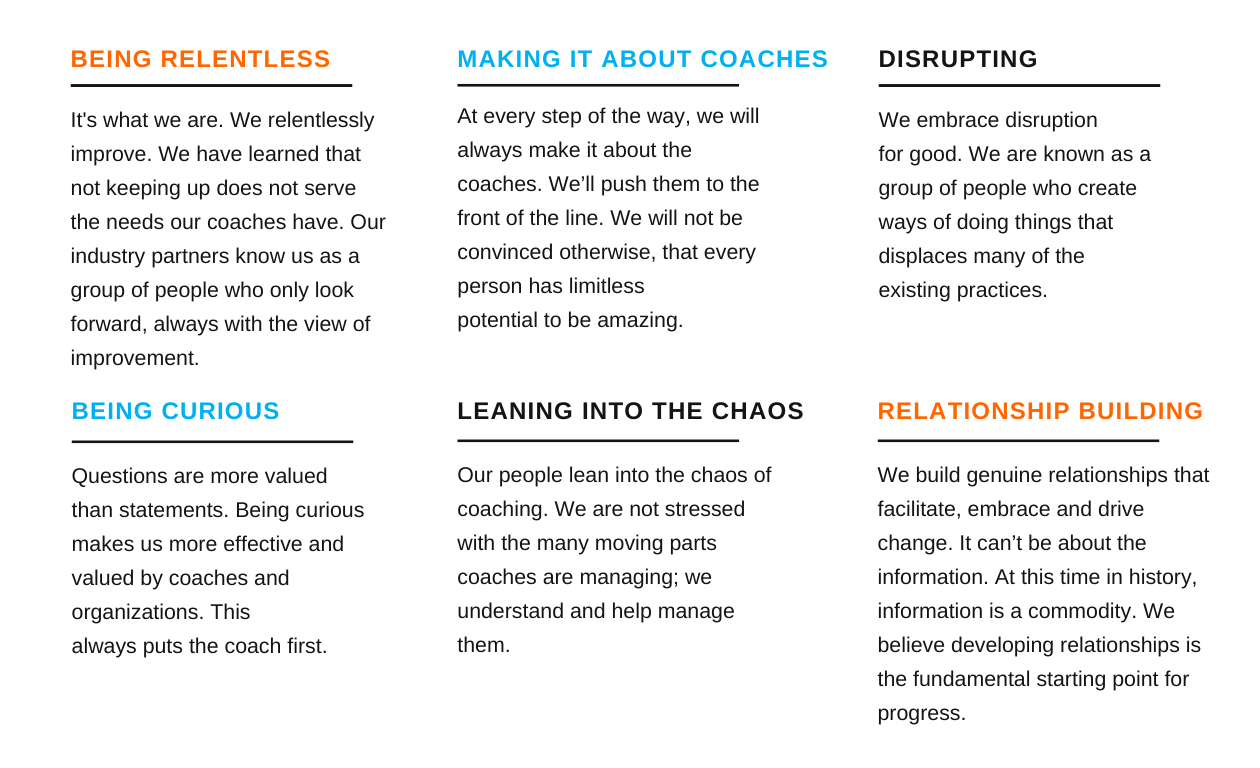 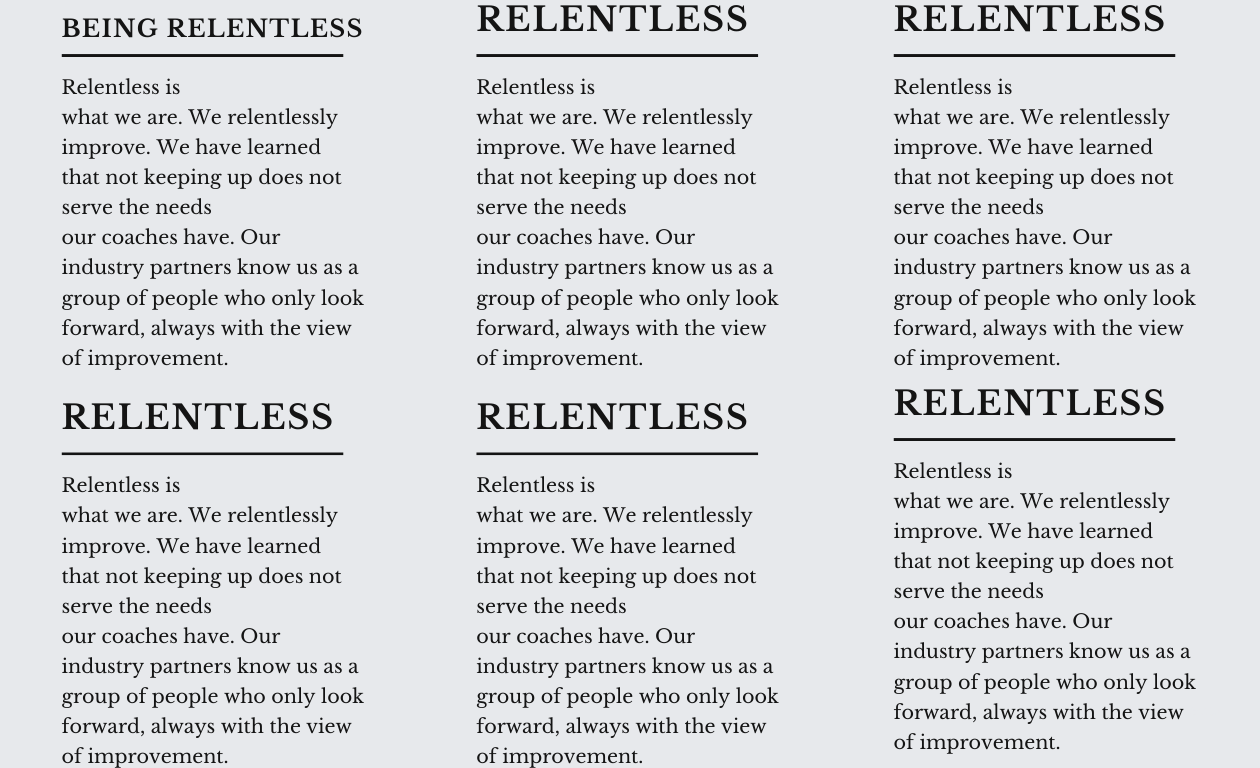 DIVERSITY
We are diverse with whom we work for and with. Everyone’s unique ideas, backgrounds, and perspectives are valued.
INNOVATION
We are hyper-focused on developing a new way to approach problems. We use creative thinking, optimism and workarounds that can change the world for coaches.
CANDOR WITH COMPASSION
We are sincere, speak the truth, even when it takes us beyond our comfort zone.
ACCOUNTABILITY
We own the responsibilities we have to our staff, customers and community
SERVICE
We desire to help and support those around us, and to put them first, always.
CONTEXT
Context matters, a lot. Whether it's location, culture, history, language, sport, gender, or any other factor, context will consistently be considered.
Go to Top